The music business is a cruel and shallow money trench, a long plastic hallway where thieves and pimps run free, and good men die like dogs. There is also a negative side. (Hunter Thompson)

Tom Rasely began playing the guitar in 1964, shortly after the Beatles hit the American music scene. Tom had a vast training in music theory, having studied music at Onondaga Community College in Syracuse NY and received a Bachelor of Music Ed. from SUNY Fredonia ('73). 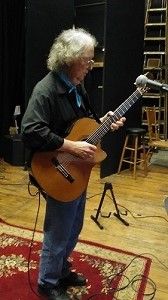 Probably the most influential musician in Tom's life was his father Charles W. Rasely. A Juilliard School graduate ('42), Charles was a teacher, singer, composer, pianist, violinist, conductor. He was a man who lived and breathed music. Other "mentors" include Donald B. Miller and Phil Klein.

As a teacher, Tom has taught thousands of players: at his private studio; at the NPM Guitar Schools all across the country; as Director of the Norwich Guitar School; and at the National Guitar Workshop in Connecticut. Two of Tom's songs were featured in Fingerstyle Guitar Magazine: "Innuendo" in Issue #61, and "La Valse" Issue #64 and his arrangement of "Jupiter" (by Gustav Holst) on Fingerstyle Guitar Journal on-line. Tom has written several guitar instruction books, including the "Chord Chart Guitar Method" (self-published), "Stuck in a Rut" [Emergenncy Road Service for Guitarists and Other Musicians] (Amazon e-book), and "Types and Uses of the Capo" (Mel Bay Publications). 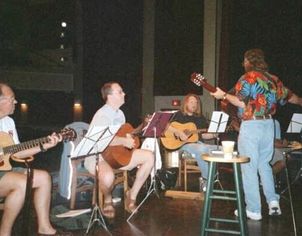 As a performer, Tom has toured 26 states and parts of Canada, and has performed twice at the White House for the Christmas VIP tours. His live gigs also include basic blues seminars, and a variety of background music venues. His concerts often include the unique audience-participation inprov, original music, as well as many familiar melodies.

As a recording artist, Tom has appeared on over 80 recording projects, many featuring his original music. Tom also plays most of his own keyboard parts, and quite a bit of auxiliary percussion on his recordings.

In 2018, Tom Rasely was inducted onto the Wall of Distinction at Oneida (NY) High School.

He is also a writer member of ASCAP

Tom is a writer member of ASCAP, and SoundExchange.

Artistic Statement from The Raze:
"My music is a neo-romantic statement of melody. My goal is to create music that is (to paraphrase Broadway composer Jule Styne) melodically strong and harmonically attractive; music that someone will want to perform more than once, music that someone will want to listen to more than once. Recording allows me to get a quality performance into the hands (and ears) of a large number of people. As a Christian, I believe that every note comes from God; every note is offered as a gift back to God. I hope that it is all an expression of my personal relationship with Jesus Christ (I Cor. 10:31; Phil. 3:12-14)". 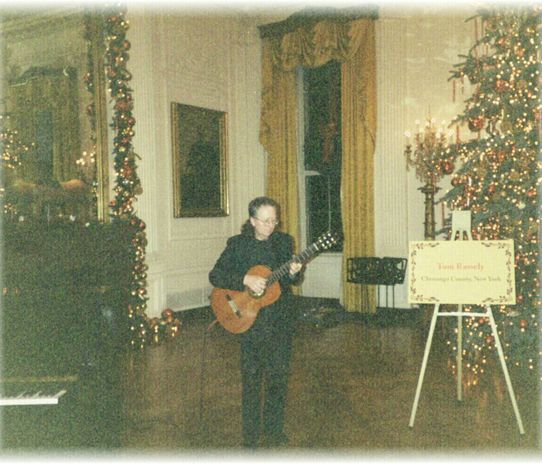